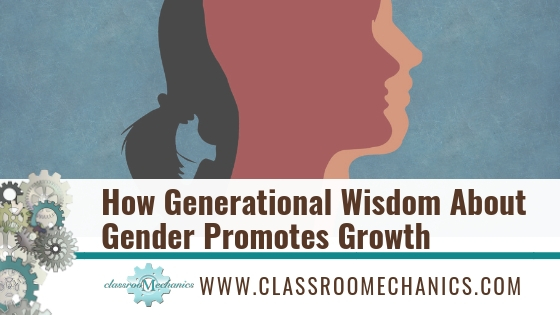 In the fall of 1969, I was three years old and my young adult cousin came to live with my family for awhile.  Although there was at least a twenty year difference between us, his laughter and his gentle way with our pet hamster made a profound impression on me and I became his fan for life.

After a few months, my cousin moved on to find other housing and my childhood was highlighted by my visits with him.  Our family gatherings were significantly more fun when my cousin showed up, although over the years as I grew a more mindful lens and maturation, I began to notice a palpable tension between my cousin and my uncle.

Although no one in my family had said anything, I was pretty sure my cousin liked boys.  His effeminate mannerisms and interests were clues, as were his few “friends” that came to family functions. I began to piece together that my cousin must have come to live with us since he had been kicked out of my aunt and uncle’s house because he was gay.

Generational Shifts Regarding Gender and Sexuality

Our age difference meant my cousin was born in the generation before mine, The Baby Boomers who were born between 1946 and 1964, during a time when binary gender roles and heterosexual norms rigidly confined those of the older Greatest Generation.

Any deviation of gender expression that veered outside the lines of what was socially defined as acceptable was subject to ridicule, shame, and violence.

I’m on the older end of Generation X, the first wave of children raised under the umbrella of Title IX, the 1972 federal law that allowed me to participate in basketball and soccer at my public school, sports once relegated to boys.  This law was born on the backs of generations of folks that believed discriminatory laws holding people hostage based on their gender is wrong.

Forty-four years later, I don’t think anyone could have predicted how this seminal legislation would be just one piece of the puzzle that lead the following generations to question their society’s ethos and accept a much broader understanding of “gender” and “sexuality”.

My husband and I chose not to find out the sex of our baby before birth partly so that others would not immerse him or her with gender-stereotyped baby stuff but mostly because we did not want our progeny to be restricted by social constructs like prescribed gender roles.

Little did we know that we would one day be “schooled” by our child’s generation, a product of a newly evolved demographic that embraces a far more fluid understanding of gender.

Like many other millennials and GenZers, many of our daughter’s peers resisted the culturally-dominant messages and many identify as non-normative gender typing.  Professor of Psychology Mavis E. Hetherington, of University of Virginia shared, “The process by which children acquire the values, motives, and behaviors viewed as appropriate for males and females within a culture is called gender typing. Children develop gender-based beliefs, largely on the basis of gender stereotypes; the latter are reflected in gender roles. Children adopt a gender identity early in life and develop gender-role preferences as well.”

I am grateful to the progressive Boomers that challenged the status quo and despite the revolutionary 2015 Obergefell v. Hodges Federal Supreme Court decision that recognized the rights of same-sex marriages, I continue to be amazed by continued aggression towards people that fall outside their accepted binary gender roles and sexual orientation.  I am saddened by the lack of education and compassion that would protect our brothers, sisters, daughters, sons, and cousins through better understanding.

Seeing Gender Through a New Lens

There is a generation gap between us and our students regarding the contextual shifts that assists them in embracing a different perspective of gender.

As a parent and Montessori teacher, it is my goal to meet the child where they are and eliminate roadblocks that hinder them in becoming their best. Now as a teacher educator, I have experienced that the biggest hindrances are usually embedded in the adult’s perceptions of the child.

In The Secret of Childhood (1936), Dr. Maria Montessori noted, “Adults have not understood children or adolescents and they are, as a consequence, in continual conflict with them. The remedy is not that adults should gain some new intellectual knowledge or achieve a higher standard of culture. No, they must find a different point of departure. The adult must find within himself the still unknown error that prevents him from seeing the child as he is.”

Current research into the effects of teacher expectations on student achievement gives us insight into how we see our students impacts them and upholds Dr. Montessori’s model of lifelong work in seeing the child.

I’m still working on preventing more of my own “unknown errors”. 25 years ago, I was a Camp Director on an island in the Pacific Northwest for two summers.  Although I had studied anti-bias work in college, I was ill-prepared to support the seven year old boy in my camp that was “on the books” as a boy, yet expressed himself as a girl.

At least that’s how I saw him then.  My binary gender lens had not yet developed into the more pluralistic viewpoint that it is today.  What changed?

The next generation has brought my generation into an open conversation about human rights and I have a deeper understanding of the gender spectrum in which we all belong.

What if seeing the child “as he is” disrupts your socially accepted values and norms about acceptable expressions of gender?  Do you have the courage to stand up to your own possible biases acquired unknowingly through your lifetime of experiences to best serve the child’s whole development?

If you’re looking for more information, I found the websites Gender Spectrum  and Teaching Tolerance  solid resources.  You might also look into The Male Montessorian, Montessori for Social Justice and The Diverse Classroom: Cultivating Inclusivity and Anti-Bias Facebook groups as they’re deliberate spaces to talk about gender equity.

Practicing the Language of Gender Inclusivity

During a recent Montessori conference, one of the attendees exclaimed, “I don’t have the vocabulary to validate a child or coworkers identity.  I wasn’t taught this stuff.” I get it. It’s challenging to adopt a new language that respects a newfound understanding of the gender spectrum and to embrace the often difficult task of changing a lifetime of habits of thought.  Here’s a great glossary of terms that has helped me and might you too!

My cousin didn’t live long enough to enjoy the right to marry or experience a more evolved understanding of gender expression, identity, and sexual orientation.  My wish is to keep on learning, to recognize implicit bias in my practices and this work starts with listening with an open heart to the generational wisdom that speaks of love in all its diverse forms.

Dr. Montessori wrote and spoke within the constructs of her time and place and I’m taking the liberty to lean into this vision with the equitable language that reflects our time and place, “If help and salvation are to come they can only come from the children, for the children are the makers of [humankind].” The Absorbent Mind (1949)